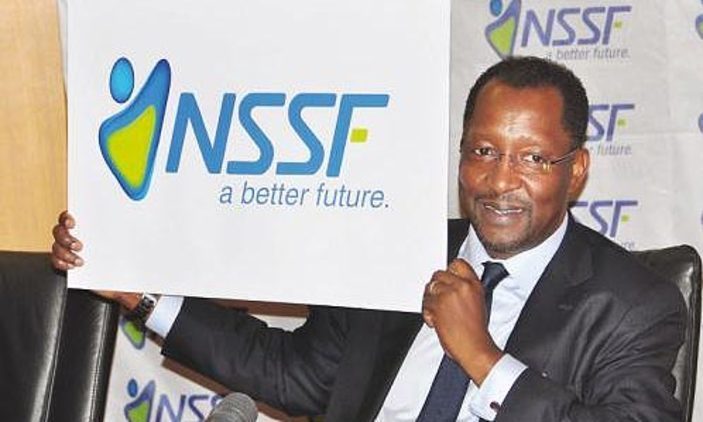 Mr Matua, also a registered member of the workers treasury fund suggests that Byarugaba who has served as the NSSF MD for the last 12 years surpassed the mandatory retirement age (60) and therefore should not be eligible for re-appointment as a Civil servant to serve in that same position. Below is his full petition, copied to President Museveni and the Finance Minister.

But look, Matua is just becoming a saboteur. It is OK to petition the PM but why doesn’t he first ask his inner man why the board is contented with Richard’s service? The board is the summation of all stakeholders of which even the gender ministry is represented.

Why is the minister of Gender trying to buy time to confirm Mr Richard Byarugaba? Is she trying to witch-hunt him at the expense of workers?

Why is she trying to create a lacuna? All those delays might affect the performance of the fund at the end because of this lacuna.

The minister’s actions are a sign that government officials are selfish yet government agencies and departments should work in harmony. Undermining the directive of the Rt.Hon.Prime minister is a sign of bad behaviour and upbringing. If the fund declines in performance, the savers should blame the Hon.Minister for her shortcomings.

I request President Museveni to prevail over the situation because it is showing that there is lack of coordination in government business.