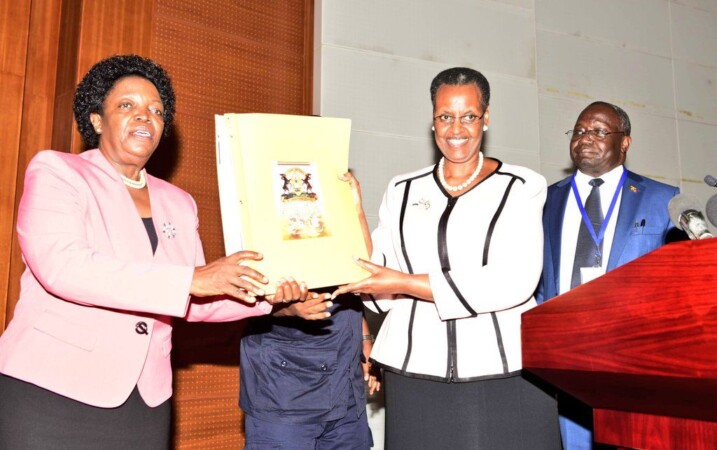 UNEB officials are scheduled to brief the Education Minister, Janet Kataha Museveni, and other management officials on Wednesday about the results.

KAMPALA, UGANDA: The Ministry of Education and Sports has revealed that the long-awaited 2022 Primary Leaving Examinations (PLE) results will be released on Friday, January 27, 2023, the DailyExpress can confirm.

This comes barely a week after the Executive Director of the Uganda National Examination Board (UNEB) Mr Dan Odongo last week said the results release was still in vain as the board concluded the compilation of the marked papers.

Odongo’s announcement gave rise to anxiety as parents, former candidates, and other interested parties demanded an exact date for when the results would be out.

Speaking to journalists on Tuesday (today) the State Minister for Primary Education Dr Joyce Moriku Kaducu said that the 2022 PLE results will be out on Friday, January 27, 2023.

Dr. Kaducu apologized for the delay and explained that the board was ready to release the results, but that it was necessary to brief the top ministry officials before releasing the results.

The minister revealed that UNEB officials are scheduled to brief the Education Minister, Janet Kataha Museveni, and other management officials on Wednesday about the results.

PLE was conducted on November 8th and 9th, 2022, with a total of 832,810 candidates registered from 14,153 examination centers. 51.9 percent of the total registered candidates were females and 48.1 percent were males. 583,769 were funded under the Universal Primary Education-UPE program, and 249,041 were non-UPE candidates

Marking of the PLE exams according to Odongo took place at 13 centers involving 5,544 examiners and it is reported that by Christmas, the marking had concluded nationwide.

However, the board was not able to immediately present the results to the Minister for release. There were several steps that had to be taken before the release of results, including convening an internal examination security committee to review the results for candidates suspected of engaging in malpractice.

Several individuals have been using social media to disseminate false information about the reasons for the delayed release of the results, new release dates, and other misleading information.

For instance, on Monday evening, there was a rumor doing rounds on social media that the results would be released Tuesday (today) but the board’s spokesperson Jennifer Kalule Mulumba has warned the public about this misinformation.