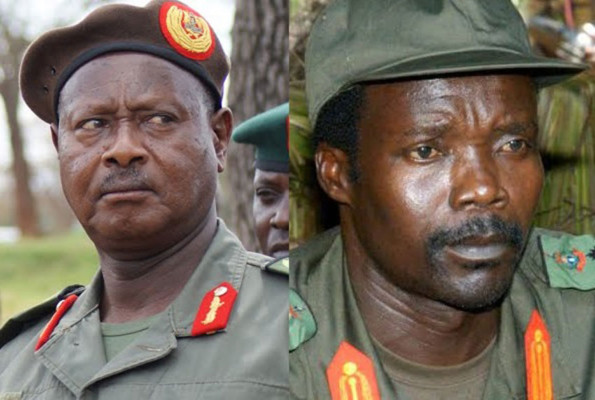 For close to two decades, Joseph Kony has been one of Africa’s most notorious warlords. He is the leader of the rebel group, the Lord’s Resistance Army, popularly known for reigning terror on thousands of innocent civilians in northern Uganda.

Kony was born in 1961 in a small village in northern Uganda called Odek. In his youth, he was an altar boy at the village’s catholic church and was also prominent as a dancer. At 15 years, he quit school to be a traditional healer.

In 1986, when Yoweri Museveni seized power in Uganda, a majority of the Acholi tribe was not happy about it and rebelled. One of the rebel groups that emerged was the Holy Spirit Movement led by Alice Lakwena, Kony’s relative. The Ugandan soldiers neutralized the rebel group. However, Kony led another faction of the Holy Spirit Movement and later changed its name to the Lord’s Resistance Army.

Even though LRA does not attract significant international attention lately, the group still exists with reduced activities. For instance, abductions linked to LRA have reduced from 7,500 in 2008 to only 222 in 2019.

Apparently, the combatants in LRA have significantly shrunk from over 3,000 soldiers to approximately 100 soldiers. The group is struggling to survive as they have been forced to change tact by engaging in subsistence farming, local market trading and poaching.

As of today, African rebel Kony is still at large. In 2017, the joint international search operation comprising the US and Ugandan forces yielded no fruit after the US spent approximately 800 million US dollars in an attempt to capture Kony and bring him to book.

Kony is believed to be alive and healthy. He is approximately 60 years old with between 50 and 100 wives. He has fathered about 50 children, some of which he has recruited into LRA.

In recent years, Kony of LRA is believed to be residing in Kafia Kingi. It is a contested territory which lies on the borders of Sudan, South Sudan and the Central African Republic.

In 2012, a 30-minute video highlighting the atrocities caused by LRA emerged. The video’s objective was to inform everyone about the criminal activities of LRA and also to persuade viewers to pile pressure on various concern authorities to capture Kony. The video went viral, and it was the subject of a worldwide social media campaign to arrest Kony.

However, Kony 2012 had its fair share of criticism as there were allegations of misstated facts and misrepresentation of the situation in Uganda. As of today, the campaign is still on although, due to dwindling activities of LRA, it is not as popular as when it started in 2012.

Even as the activities of LRA continue to dwindle, hopefully, he will be captured and brought to justice for the crimes he committed so as to have President Museveni’s heart settled since he fears that any time he [Kony] may come back to distablize Uganda’s peace.