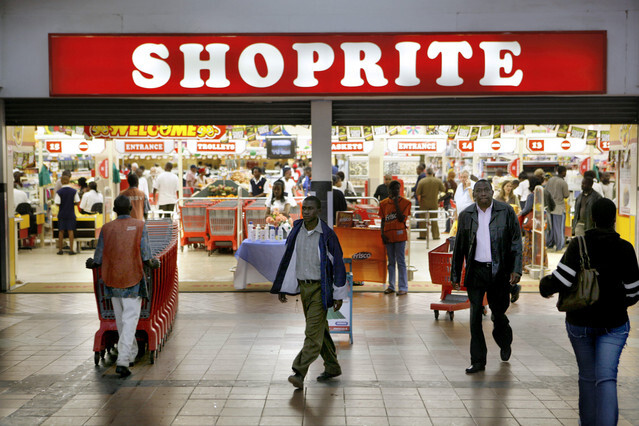 EXCLUSIVE: The confirmation on Monday by the South African based retailer Shoprite, that it was quitting Uganda and Madagascar, raises more questions about the ability of Uganda’s economy to sustain a global investor. The management of the Johannesburg listed retailer, said it was refocusing its resources to more profitable markets having been in Uganda for 21 years now.

It had already quit sub-Saharan financial powerhouses Nigeria and Kenya. The company had more than 2,900 outlets in 15 countries by the beginning of the year, including five in Uganda, before quitting four markets now.

Most of the shops are located in Southern African countries. The announcement came two days after the group agreed to buy Massmart’s food unit for as much as 1.36 billion Rand (US$90 million), reflecting its reason that it was quitting other markets to focus on Southern Africa.

In the half-year ended December 2020, Shoprite reported that sales fell 8.4%, or by 784 million Rand (US$ 51.8 million), with Kenya, Uganda and Madagascar contributing about 46 million rand (US$ 3 million) of the drop. Social commentator and veteran business journalist Timothy Kalyegira says that Uganda is not the type of market to attract and sustain global retailers.

“They can’t make money here, just like the Silicon Valley giants Facebook, Google, Amazon. There’s no money for them,” he says hinting at the poor economies and limited purchasing power. Uganda’s market is dominated by too many little shops fighting for space. Estimated by the ministry of trade and industry, 80 percent of MSMEs are retail shops, specifically groceries, textiles/garments outlets, furniture and other household items.

And these are the kind of industry leaders that foreign supermarkets have to deal with as competitors. Since these take the services to the doorstep of the customer, the supermarkets have to rely or upmarket shoppers, either at the weekend, or in the evenings of working days when workers are preparing to leave the city.

There have been reports since earlier this year that the UAE based franchise holder for French retailer, Carrefour, is in talks with Shoprite to buy their interests in Uganda. None of the two has come out to either deny or admit. This is reminiscent of the days when Kenya-based retailer Nakumatt was preparing to exit Uganda. Talk was then that Shoprite was due to take over its businesses, including the premises. It never was.

Foreign-based supermarkets have faced a rough-ride in Uganda for various reasons, all leading to low sales. There is still a strong traditional shopping habit amongst Ugandans, who prefer to deal with the small retail shops in their neighborhoods for various reasons including personal relationship.

Nevertheless, many still look at supermarkets as places for the rich, which either do not have their favorite stocks, or are quite more expensive. For example, apart from the obvious facts like paying more taxes, paying rent and hiring a little more expensive personnel, supermarkets have to mind packaging of their products.

This makes them even more expensive than at the local shop where a simple plastic carry bag will suffice. The supermarkets have also been trying to adjust their mode of operations for the last four years as the government implements the “Buy Uganda, Build Uganda” policy aimed at promoting local products and control imports of goods that can otherwise be produced locally.

The policy introduced in 2014 requires retailers to reserve half of the total shelf space for locally produced products. This has affected the companies which established businesses in Uganda to open up markets for products from their own countries, especially agricultural goods.

While this was a good gesture for Ugandan producers, many have since abandoned supplying to the supermarkets for the poor business environment there. “They don’t like paying. You supply them with products, and they give you an invoice, but they will never pay you on the agreed date. Others say they must first sell off all your products before they pay you. This can’t work,” says Beyeza Adrian, a fruit farmer who supplied different supermarkets in Kampala.

Interestingly, local supermarkets seem to be doing slightly well. They include Capital Shoppers, Mega Supermarkets and Quality Supermarkets. These have witnessed the growth and decline and finally exit of Shoprite, Nakumatt, Tuskys and Uchumi, the last three being Kenyan.

The three were accused of failing to pay local suppliers billions of Shillings for supplies made, rent for space as well as salaries to workers. Shoprite is hoping that stability in the home country will turn around its fortunes, which were badly affected by the closure of bars and bans on drinking in South Africa during the COVID-19 lockdowns, as well as the looting of shops during the recent riots sparked off by the detention of former president Jacob Zuma.