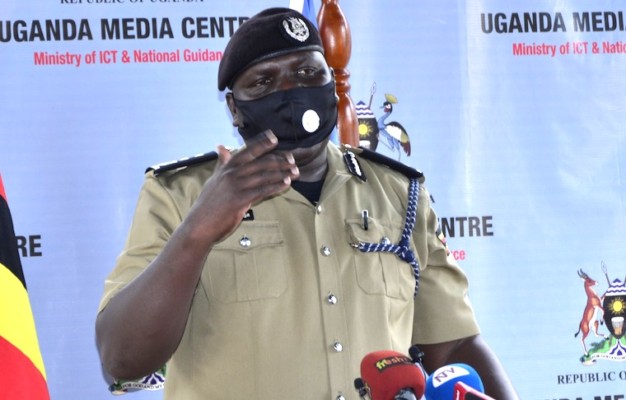 KAMPALA, UGANDA: Police has confirmed that a suspected terrorist was on Monday evening shot dead in Kyebando, Kampala during a counter-terrorism operation.

In a brief statement by spokesperson CP Fred Enanga, police said the armed terror suspect was put out of action after turning violent during his arrest.

“Our joint Counter Terrorism teams, have put out of action an armed terrorist, in Kyebando, Kampala, who turned violent during attempts to have him arrested,” Enanga said Monday evening.

Enanga added; “He has been identified as Nsubuga Hamid, the supposed suicide bomber who escaped from Pader, after their plans to attack mourners at the Burial of the late DIGP, Lt Gen Paul Lokech were foiled by security.”

“He was countered while on an assassination mission whose details we can’t reveal. A pistol, ammunitions, and other evidence of material value were recovered.”

According to Enanga, security is maintaining high levels of vigilance to foil any attempted attacks on the country by terrorists.

“We continue to maintain high levels of vigilance, as we strengthen our responses in countering all forms of terrorism,” he said.

The army last month said they had arrested four other people in connection with the suspected suicide bomber who had earlier been apprehended in a lodge in Pader town.

“The first suspect, Abdul Katumba was working with other people whom we suspect wanted to disrupt the burial. We arrested four other accomplices to Katumba,” deputy UPDF spokesperson, Lt Col Ronald Kakurungu said previously.