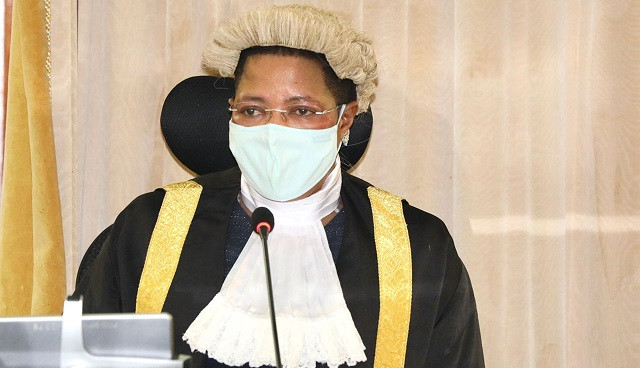 Is it a matter of Substantive or Procedural rules? That’s a matter for the Chief Justice to decide before presiding over the election of the next Speaker of Parliament. We are not running a Kangaroo nation where it has to be a person with authority to dictate what they want to become or even to preside over it.

For colorful elections to take place, there should be impartiality in the entire process. The current deputy speaker if at all she is willing and probably she’s endorsed by CEC as its flag bearer for Speakership, she is supposed to resign and pave way for impartiality in the process. She could have not yet resigned because it is still a matter to be decided by the NRM party (by CEC) to which she subscribes as a member.

This will see the issues of court cases arising after the elections as the other parties of the elections will have fertile grounds for expressing dissatisfaction. This, however, does not reflect a Constitutional crisis anywhere and doesn’t anywhere require amending the Constitution, it’s only because people tend to ignore procedural matters. But if at all majority of the Ugandans and their representatives decide that the succession procedure of the Speaker after the death of the incumbent be impliedly stated clearly, then the Constitutional Amendments can take forth to modify and rectify the minor queries in the substantive rules.

However, if the deputy speaker decides to remain in the current position, there’s no any single rule concerning the business of the office. The Parliament under the a special sitting presided over by the Chief Justice will go ahead with the business of electing only the speaker from among the contestants and then Parliament will be fully composed because the position of the deputy Speakership will be already filled constitutionally.

I’m at the same time seeing a circulation on social media about the resignation of public officers, but kindly note that two offices of the Speaker and deputy speaker are not anywhere stated as Public Offices under Article 82 or anywhere in the Constitution. The procedure of resignation doesn’t follow that of public service rules and standing orders. With these two positions, one can resign any time in writing addressed to the Clerk to Parliament as provided for under Article 82 Clause 7(C).

For God and My Country.

Disclaimer: The views expressed in this article are those of individual writers and do not represent the official position of DailyExpress Media, its directors, management and staff on the issue(s) addressed. Opinion/Letter writers are individually responsible and liable for the omissions and misrepresentations in the work published on this news medium.