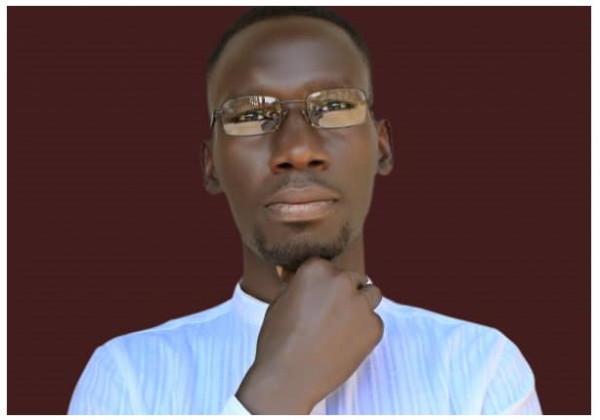 On Sunday, April 3, I read in the Daily Monitor how students the late speaker was supporting to study and become future leaders and managers mourned him.

The death of Rt. Hon. Jacob Oulanyah after less than nine months in the chair of a speaker has created several reactions and questions: the majority of the questions are: what killed Jacob Oulanyah? Was it really, a poison as he told his father before he passed on?

Many senior citizens, including the Chief Justice of Uganda who visited him in the United States of America, Seattle, Alfonse Owiny Dollo, DP President General Norbert Mao, Speaker Anita Among, and many others have issued statements, none of them revealing or trying to insinuate Oulanyah was poisoned.

The people of Acholi, Lango, and Northern Uganda in general have been demanding to know what killed their own. We all know that death is a creation of God.

However, in 1994, our late grandfather, Mzee Otim Icima (Ismael), a retired catechist told us during an evening gathering, “My grandchildren, man influences death and God calls his people to be with him.”

From that time, I know two sides of death: earthly made and God’s creation.

I must say, I will not talk too much about the cause of Jacob Oulanyah’s death because I don’t know – except God.

I nearly had the opportunity to meet him, to talk to him face to face in 2019 when I and my team were organizing the 2nd Annual Media Conference (AMC) 2019 in Lira City (a municipality at that time).

Through one of his aides, I was told to write to him and explain a small reason why I wanted to see the deputy speaker. ‘Unfortunately’, we never met.

Back to my main aim of writing this, the former Speaker was undoubtedly a man of the people, a man whose heart loved humanity and a man Uganda and the Parliament will dearly miss.

On Sunday, April 3, I read in the Daily Monitor how students the late speaker was supporting to study and become future leaders and managers mourned him.

The over 100 future creams of the crop of this country should start to live that, even in death, Jacob still loves them. The dreams of these students [and pupils] should not be cut short because their ‘father’ is no more.

I have also watched the speaker, Rt. Hon. Anita Among Annet, weep before the cameras, saying in agony how she will miss Jacob; how Jacob mentored her, among others.

What I have known since both were elected as speaker and deputy speaker, respectively, is that the deceased and Anita have had a great working relationship even before the former was very ill. This has been confirmed by Anita herself in the last 15 days or so!

Jacob Oulanyah was a statesman and he will remain so – to me – for decades. And in trying to keep his legacy, to remember his great service to this country, and to show how truly we mean well for those we adore and positively eulogize after their death, I am proposing to the government and the Parliament of Uganda to make either March 20 or April 8 every year a “Jacob Oulanyah Day”.

The two dates above are all significant in the lives and history of this country: to the children and the family of Jacob, to Uganda in general. I would love to see the Parliament, under the speaker Anita Among not hesitating to, from next year, allow Ugandans to honor “Jacob Oulanyah Day.”

The Public Holidays Act, Chapter 255, states: “(1)The days specified in the Schedule to this Act are declared to be public holidays, which, subject to this Act, shall in every year be kept and observed as public holidays throughout Uganda.

“In addition to the public holidays prescribed by subsection (1), the President may declare any other day to be a public holiday, and may limit the observation of any such public holiday to any area or place in Uganda.”

With the above provisions, the President has the power to declare March 20 or April 8 (the date of Jacob’s burial) a public holiday.

As I conclude, it is right to continue to love those we talk good about them when they are dead; to me, this may inspire the next generation who would be interested in knowing more about the deceased ten or twenty years later. To me, this inspires if that person was the Oulanyah we all know.

Why do good people, people with a good heart die so early – so abruptly? Rest Well Jacob Oulanyah.

The writer is the Executive Director, GLCSMS, and Managing Editor, TND News.