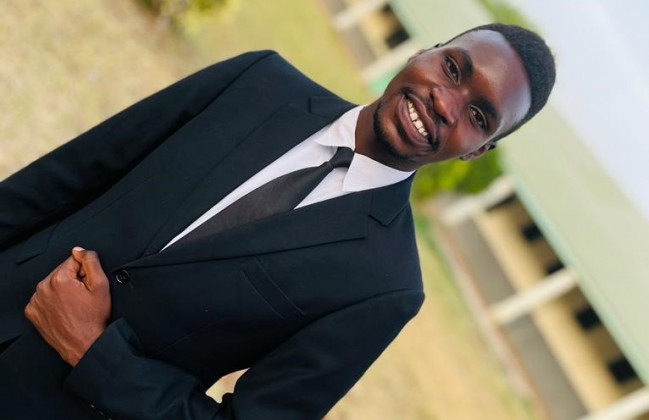 No one is too poor to do charity and you can never know how that simple act offered to a friend or beneficiary, can brighten their life.

What is the mickleness of charity and what is that intrinsic happiness that lies in charity? These are some of the questions that run through my psyche when contemplating upon charity. In addition to this, I am baffled by the drive that prompts one into extending that generosity to others. I guess majority of us feel enthusiastic, whenever we see someone execute such acts to another.

I always wear an ear to ear smile and in elysian happiness whenever I see someone end another person’s evil days. We ought to give the devil his due, similarly I hold high esteem for one who generously doles out to the vulnerable regardless of his former character. I am cock-sure that it requires benevolence for one to break the ice and perform some acts of charity for the neighbour. That is why, it always catches my eyes when I see one pick and choose charity over one’s termless desires.

Charity is an equivocal, but let me expound it with the aid of three senses. In the first sense, it means an organization whose main tenets are to carry out charitable purpose, activities and deeds. Here, it refers to associations composed of various companies or several people who solicit funds, materials, items or services for the less privileged.  In the second sense, it refers to benevolence to others who are less fortunate than ourselves; the providing of material or money to those in need.

In this sense, it can either be at individual or an organizational basis. I would define charity as an attitude of love for fellow-men, kindness, gratitude and understanding towards others with magnificent generosity. I see eye to eye that this is the best definition because it encompasses almost all the aspects in the previous senses. Truly, it expresses that charity sets the Thames on fire, both for the giver and the receiver. This liberal feeling really cannot fail to turn over a new leaf of the beneficiary. In turn, it generates an enormous bound between the two parties.

One who creates a charity foundation, or one who gives out charity, surely incredibly impacts and brightens the dark days of the destitute. I firmly believe that everyone can at least aid in dropping the fish back into the water, before it fades away. One need not to be elegant, affluent, handsome, stylish, ingenious, light skin complexed, renowned or eminent rather, one needs to affectionately extend charity to a neighbour, be it even puny tokens or materials, and acts of generosity to others.

“And though I have the gifts of prophecy and understand all mysteries and all knowledge; and though I have faith, so that I would remove mountains and have not charity, I am nothing.” (1CORTHIANS). We can explicitly draw a conclusion from this that, charity surpasses all virtues and acts. One need not to wait for a given day or time, to make their contributions to society, it can be done at anytime and anywhere and for anyone; what matters most is the giver’s motive and intension. Doing charity yields happiness whether done financially, physically, or by any other means. It brings inexplicable generous joy to one who practices it.

I feel that everyone holds onus and an obligation to give back to their community; because it is the one which supports them either directly or indirectly. Just make sure you discover where you can help the community; gigantic or petty, rich or poor, black or white, I bet you can’t fail to contribute at least something towards the growth or development of your community. Charity is not only in giving materially, even a prayer to a colleague, a word of encouragement, compliment, picking that littered paper or polythene in the compound is also a form of charity. Small things often count more than even the big highlights.

Way back during the times of Jesus Christ, a widow, offered the last penny that she had remained with for survival. Perhaps, she spoke to her heart faithfully that if I give all I have, the Lord shall provide more than I have given in. Jesus pinned her out for having made the best offering, despite all the affluent gents and ladies, who had made massive offertories. No one is too poor to perform charity.  Offering a smile or a greeting to a brother or sister, is an act of charity too. Offer charity according to the size of your coat. There is no need of depriving yourself of all basics, in the name of giving charity, but make your little acts sound like the bells in the temple. Jotting down that, I don’t mean that you should brag about your acts of charity, rather, I mean, commit the gold in charity to your memory.

Mother Teresa once stated that, “We ourselves feel that what we are doing is just a drop in the ocean. But the ocean would be less of that missing drop.” You may never ever get to know how you lighten someone’s Cimmerian darkness, through that petty token or out of vogue shirt; you gave to a person in need. But trust me the recipient will surely appreciate all wholeheartedly; and is most likely to place you a petition in their prayer.

I am induced to say that there is hidden power in giving out to others. Haven’t you ever wondered why most givers don’t luck? Haven’t you often found yourself receiving a great deal whenever you give out? If you haven’t experienced that yet, I pray and wish that you do, so that you get to recognize the Dern in extending great deeds to others.

As I reach the post amble of this writing, let me share with you an incidence that motivated me to always do charity; whenever I can and to whoever I can, regardless of their tribe, colour, ethnicity, religion or mention any other categorical. I remember it was some breezy Saturday, I woke up early in the morning, the sky was bright. The birds were chirping and enjoying the cool breeze, when I had barely checked in at the work place as usual, I heard someone call my name. It was my face round, bearded, clean shaven, gigantic, supportive and longtime friend, Marvin Onyango calling out my name. I was amazed at making a glimpse at him; for it had been long since we had last met. He came straight to me and eloquently told me that, he was at the end of his tether at the moment.

His once booming and magnificent source of bread had demised. He had become faint hearted and felt like he was at the eleventh hour of life. He had been branded an amateur in every company in which he had applied in for a vacancy since then. He even reached a point and burst out into tears when narrating his story. Guess you will find difficulty in believing my reaction towards his heart touching story. I caught almost all I had in my large and oversized trouser, and gave it out to him. I didn’t stop at that, but I tranquilly moved towards my boss’s office; and reverently talked to her about the evil days of the treasured friend.  I believe God was compassionate on us that day; hardly had I reached the climax of the story than Mrs. Carlo Kabanda; blissfully and open heartedly offered him a vacancy in her company.

This induced me to affirm that every cloud has a silver lining, and at this, I wowed to always try to aid friends whenever necessary; rather than being chicken hearted. This scene has always kept me believing in charity. And confidently, I can say that, surely the voice of the people is the voice of God. This scenario was all a mystery; and it is not easy to explain how Onyango, got to know that I would maybe help him to put an end to his dark days. It was all a coincidence to sum it all. We have kept a strong and boundless friendship since then. He has always told me of all possible available opportunities whenever he lands on them, or gets acquainted and knowledge about them.

In conclusion, charity can mysteriously and unexpectedly change the lives of both the recipient and giver; this can imprint a water mark in the lives of involved parties. No one is too poor to do charity and you can never know how that simple act offered to a friend or beneficiary, can brighten their life. Be the source of light in the cave of one’s life and you will always live worthy to note memories in their life. Let us remain in peace as we extend charity to all those in need with justice and minus putting ethnicity, religion, political parties or our limitations at the front.