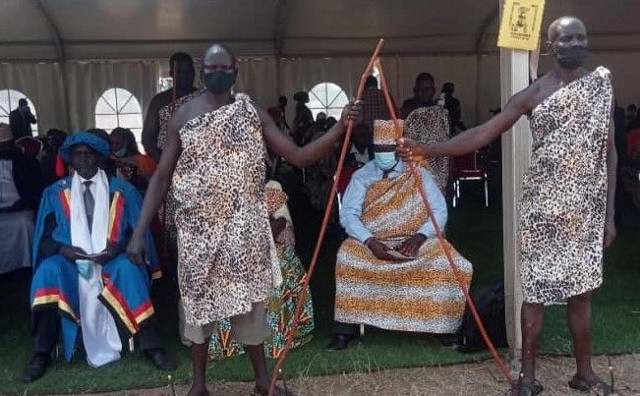 A cross-section of religious leaders drawn from Uganda and Kenya are leading the new drive which will start with an interdenominational prayer breakfast slated for August 20, 2022.

Paul Sande Emolot position as next Emorimor is under dispute.

SOROTI, UGANDA: Religious leaders in Teso are calling for divine intervention in pursuit of peace and reconciliation in the leadership of Iteso Cultural Union-ICU.

A cross-section of religious leaders drawn from Uganda and Kenya are leading the new drive which will start with an interdenominational prayer breakfast slated for August 20, 2022. This is informed by the sharp divisions that marred the succession processes of the former Emorimor, Augustine Osuban Lemukol who died in February 2022.

In the aftermath, two groups comprising the ICU Cabinet and Council members emerged claiming supremacy over each other.

The council however overtook the cabinet and organized an election where Paul Sande Emolot emerged unopposed as the next Emorimor. While Emolot is waiting to take charge of the office in November, the ICU founder members also named Nicholas Dokoria as the new cultural leader (Emorimor).

Pastor Robert Echeru, the Chairperson of Soroti Pastors and Elders Fellowship says that the prayer breakfast will help in the reconciliation and the union of Itesots from all walks of life including ICU.

Bishop Emeritus Charles Bernard Ebitu Obaikol of Soroti Diocese says that the idea of holding prayers is acceptable for reconciliation, forgiveness and a new beginning for Teso. He however notes that the leaders should accept to be humble to enable God intervene in the Teso situation.

Gabriel Opolot, the ICU Spokesman acknowledges rifts in the ICU leadership and adds that prayer is the solution to the impasse. He notes that besides the infights in ICU, Teso sub region has gone through difficult times ranging from hostilities to environmental disasters.