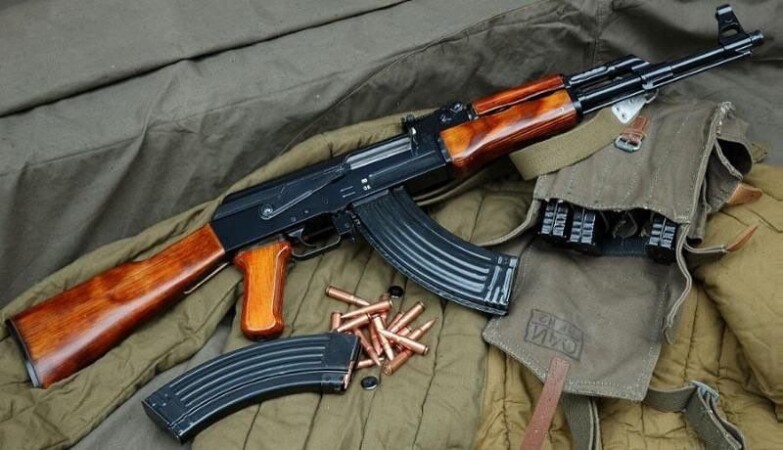 Enanga explained that the assailants whose motive of the attack remains a mystery also burnt several case files before attempting to burn down the entire station, but the locals managed to put off the fire moments later.

KAMPALA, UGANDA: Police have explained the circumstances of the gruesome attack on Busiika police station in Luwero by unknown gunmen who shot and killed two police officers and left two others injured in a Monday night raid.

In a police statement condemning the attack they described as a “senseless and cowardice,” forces spokesperson SCP Fred Enanga said the assailants armed with guns and pistols (about seven in number) ambushed the police post on Monday evening at around 7:30 pm before a shooting spree ensued.

“Facts gathered indicate, that the assailants who were about seven emerged from three different sides, two in front and one from behind, and were armed with a pistol and guns,” Mr Enanga’s statement reads in part.

Having surrounded the police station, Enanga explained that the seven gunmen opened fire that killed Detective Inspector Alex Wagaluka, the OC CID for the station and constable Moses Ongol whereas two other constables Adrian Ochom and Stephen Odama were injured and are currently admitted to Bombo Military General Hospital in critical condition.

Enanga explained that the assailants whose motive of the attack remains a mystery also burnt several case files before attempting to burn down the entire station, but the locals managed to put off the fire moments later.

“The assailants also burnt several case files and attempted to burn the station. The fire was, however, successfully put off by the community at Busiika Town Council. We do applaud the efforts of all persons who responded and saved the police station.”

Enanga added; ”The scene was cordoned by forensic experts for thorough documentation. A pistol that fell as the assailants fled from the scene, was recovered and will be subjected for further ballistic examination. Our specialist task teams are working diligently to identify and apprehend the suspects behind the deadly attack.”

Locals who witnessed the incident explained that the said assailants who were dressed in military fatigue and couldn’t be identified as it was a dark night first ordered people in the trading centre where the police station is located to close their shops before they could start on their mission.

The locals said the assailants immediately took the direction of Nakifuma, Kayunga District, as they fled after finishing their mission. Their identities remain unknown.

The Inspector General of Police (IGP) John Martins Okoth Ochola has condemned the attack as being senseless and vowed to have the suspects arrested and prosecuted for their terror acts.

“The lGP has extended its deepest condolences to the family, friends, relatives and workmates of the late D/IP Wagaluka Alex and PC Ongol Moses. He further wished the two injured officers, a quick recovery and further reiterated that there was no justification, whatsoever, for the attack and acts of violence against police officers, on duty,” Enanga said.

The attack comes a few months after another attack by unknown assailants armed with machetes on a police Fika Salaama checkpoint in Luweero in which a police officer (Ronald Busingye) was cut and succumbed to injuries later whereas the gun was stolen.

Another constable Josephat Twinamasiko survived with serious injuries. The thugs also burnt the vehicles at the sentry. President Museveni vowed to catch the killers, who to-date have eluded capture and justice. Days later, a similar attack attempted on traffic police in Bugisu Sub-region was repulsed.

Attacks on police or their facilities in central region are on the increase. More than seven incidents against police officers have been reported in less than a year.

The method employed by attackers in Mityana and Kiboga districts appeared to bear some similarity with the Monday raid on Busiika Police Post in Luweero district.