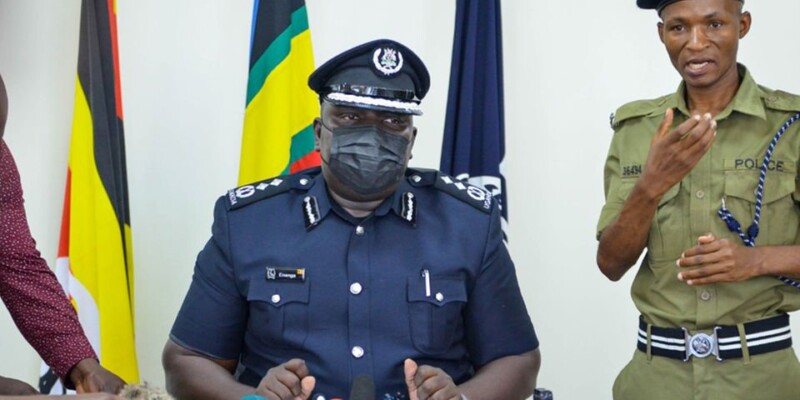 Enanga confirmed Asiimwe’s arrest and said the suspect is being processed on numerous charges of administering an overpowering drug or substance, theft and trafficking in persons.

KAMPALA, UGANDA: Police in Kasangati has arrested a female suspect, identified as Nakiyizi Lydia Asiimwe alias Karungi Hope, on allegations of drugging and stealing 13 million shillings from a man in Kawempe division.

Police spokesperson Fred Enanga confirmed Asiimwe’s arrest on Monday evening and said she is being processed on numerous charges of administering an overpowering drug or substance, theft and trafficking in persons.

It is alleged that “On October 13, 2022, a male victim identified as Creffin, went to Afro Club in Kasangati for leisure movements after, he left and went to Queens Palace in Mpererwe, where he ordered for more drinks.”

“He was surprisingly joined by the suspect whom she had earlier seen at Afro Club. She came and sat next to him and further engaged him in a conversation, but when the victim went for a short call, he upon return found when the suspect trying to pour his beer into his glass without permission. When he inquired why she was tampering with his drink, she claimed she thought it was her drink. And they continued drinking together.”

The victim allegedly started feeling unwell and excused himself, so as to return to his home. It was at that stage that the suspect also said she was leaving. They moved out together, but while sloping out of the bar, the victim became unconscious and blacked out.

The following day, he woke up and found himself in a lodge, while stripped naked. All his items were stolen including two ATM cards for Equity and Centenary Bank and cash totalling Shs3 million, and withdraws up to a tune of Shs10 million, before blocking his ATM cards.

“This victim told us that this suspect drugged him and then carried him into her car up to the lodge where she stripped and robbed him. He claims his three million Shillings was stolen, ATM cards pin codes were cracked and they withdrew 10 million Shillings,” Enanga explained. Security sources say Nakayizzi often pretends to be an easy catch for men and uses the chance to douse her victim by applying sedatives to her nipples.

This makes men who suck them dose off within minutes. In other cases, she spikes the drinks of her victims and drags them to her vehicles where she robs them clean.

“The effects can be unpredictable but are likely to be more serious, if someone who has had their drink spiked, has also consumed more alcohol or other drugs. This is because of the combined effects from the different drugs working at the same time.”

In August this year, a soldier at the rank of Lieutenant, whose name was not revealed, complained at Kawempe police station that a woman he had met in a bar had drugged him and stolen all his valuables when they were inside his vehicle.

A female Superintendent of Police -SP who was recording the Lieutenant’s statement could not hold her laughter at the story. “So, you have also fallen victim to her spiking breasts? I knew you would tell me funny stories yet I know the woman you are talking about. You are not the first to be robbed by this woman. But what’s unique about her breasts, why are you men falling into her tricks,” the officer teased her army colleague.

It was at the moment the Lieutenant revealed the truth that he had found her in a bar and her appearance struck him. He explained that they talked and eventually agreed to have a pleasant time together.

“We sat in my car but I regained consciousness when I was alone and everything on me had been taken. Kindly help me get this woman. I have collected CCTV footage from the bar and I can ably identify her if she is arrested,” the Lieutenant revealed.

“The problem is that men who fall victim to her tricks do not want to reveal the truth and often come up with funny stories that do not add up. But we know these women’s tricks because we have investigated cases of spiked drinks and dousing. Men think they have landed on an easy catch that they would quickly use for their sexual pleasure without knowing that they have fallen into the hands of a serial robber,” a security source said.

Enanga warned men and members of the public to be careful with strangers they meet and interact with in bars saying people should know that spiking drinks is a common offense and they need to be very careful.

In most cases, such tricks are used by criminals targeting females for rape or money-loaded revelers. It was common on Salama road in Makindye, Katwe, and Kibuye about three years ago.