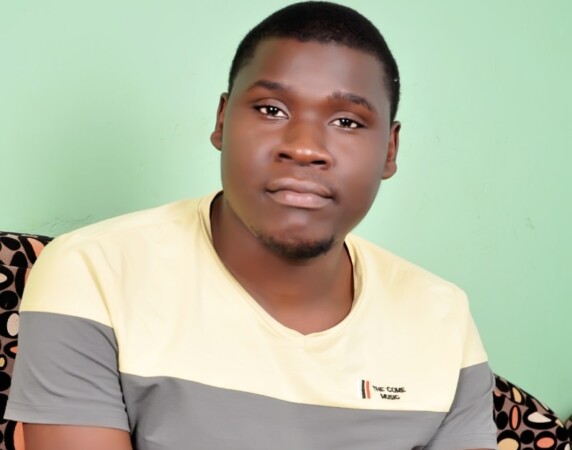 Children are a gift from God, so they say. Well, I now seem quite reluctant to accept this impression in the face of increasing social moral breakdown. It’s a bone-freezing cold Sunday evening and I am seated at a popular night spot somewhere in Kawempe distracting my solitude with a bottle of beer. I occasionally massage the delicate circumference of the bottle while monitoring how much is left of my bitter content.

Noises full of boast from Arsenal fans front an annoying competition against the Sunday oldies’ night music (Arsenal had just beaten Chelsea in a highly anticipated match). Buckets of Tusker “liting” the way on some tables, Guinness bottles making proof of black shining brightest on other tables, Pilsner buckets for the men that walk with stride and drink with pride, the Captain in town (Morgan) commanding Johnnie to keep walking on other tables.

Such is the beverage decor on the tables. Women wearing undecided dresses on decided graceful bodies instructing the men to follow their command. One by one, people file into the bar, as the evening’s DJ plays his best oldies’ selection. My attention to the music is distracted at once by the sight of an excited family walking into the bar with a baby barely a year old. The little child is covered in a blue toddler infant fleece winter cloth to shield it(baby) from the night’s cold. The group occupies a table right next to mine. They order for drinks and shortly after the waitress returns to decorate their table with green bottles of Tusker lite. The parents (still confused on whether to refer to them as parents or something else) get drawn into merriment as they dance along to the music.

They empty the content of the bottles one after the other as a young girl that is perhaps a maid/house help takes care of the baby. Another larger group of youngsters with a baby also files into the bar and walks to the smoking section where a birthday party is set up. There is a dense cloud of smoke at the spot but the group seems quite excited to be below a sky of smoke. At this point I am dumbstruck wondering how parents expose children as tender as that to such risky environments! Are parents losing out on a sense of responsibility in a detrimental social identity of cool parents or society in general is letting loose on its moral standards?

The purpose of this article is two-fold.

First is to trigger discussions on the current law, policy and practice in place (if any) that protects children’s interests and welfare from exposure to risky social environments, particularly bars; and two, to identify opportunities for strengthening institutional (police, probation offices, bars) efforts in the same.

I opened this article with a common saying: “Children are a gift from God.” The question that follows is whether these children that I was seeing in a bar at that time were being treated as gifts. Perhaps we need to reflect on the understanding and sentimental value attached to this gift as we explore the breadth and depth of the subject at hand. Children are not just gifts with sentimental value, these are human beings with dignity and a moral worth attached to them. God created the family and children are a gift from Him, and for this reason, God cares about how children are raised and nurtured.

How safe is the bar for a child?

I have read with quite profound interest a 2018 article by Jenn Morson titled “Is it ever ok to Drink in Front of Your Kids?” Set in Texas, Morson’s intrigue and concern is quite similar to mine. Morson is shocked by the sight of a three-year-old child seated with his parents in a bar.

In the article, Morson interrogates whether a bar is ever the right place for children. In reference to Mayra Mendez, a psychotherapist, Children particularly under 12 (American law) benefit from open spaces where they have the freedom to play, move, explore and thrive on social engagement. However, as Mendez argues, it is beyond any possible gainsaying that a bar environment offers none of the above for a child.

A bar is dark, loud, stagnant environment and lacks playful stimulation that promotes a child’s learning and social cohesion. It is therefore advisable that a parent can have time with their child while enjoying an alcoholic beverage in a family-friendly venue like a restaurant or gardens and probably during day time.

My popular Night spot in Kawempe is none of the above. I use the Kawempe case as an example here, but the practice has become commonplace in a number of nightspots across the country especially by those that want to pose as cool and trendy parents of the present century. Substance exposure to an infant or child has a huge potential of causing a number of physical, emotional and developmental problems to such a child. In the bar where I was, it wasn’t direct exposure per se but rather what I would refer to here as proxy exposure worsened by a generally toxic and morally risky substance environment for children. The harm suffered by the child is often long-lasting especially when a child faces repetitive exposure at the hands of irresponsible parents (the cool and trendy ones).

Realizing that the bar is not a safe environment for children in their formative years, the question that arises then is why parents risk little children. The bar per se is a good institution for socializing and that can’t be denied when the socialization is morally responsible. It is only wrong for the children here given what they are exposed to. Returning to the question of parents risking children, the answer partly lies in the detrimental social identities and lifestyles adopted by some parents. I have chosen to refer to this purported cool social identity (cool parent) as a “fool” of a parent (non-civil language is used here on purpose). I have used the adjective “cool” because I overheard a young lady on one of the tables observing with pride how cool (to imply fashionable) such parents were and how she plans to do the same for her children in future. This lack of parental responsibility cannot be a proper social norm in our society and worse if it is going to raise a generation of morally crippled children.

Such practices fail us on the spirit of the African Charter on the Rights and Welfare of the Child where in the fourth paragraph of its preamble recognizes that the child, due to the needs of his physical and mental development requires particular care with regard to health, physical, mental, moral and social development, and requires legal protection in conditions of freedom, dignity and security. Such a detrimental social practice also compromises the provisions of Article 20 of the same charter, particularly on parental responsibilities.

Though Ugandan law domesticates the provisions of not only the African children’s charter but also the Convention on the Rights of a Child (CRC), it is not quite particular on the protection of children especially the infants from risky social environments like bars. For example, the children’s Act as amended does not clearly define the responsibility or duty of a parent in such circumstances where a child is taken to a bar.

Section 5 of the Act provides the duty to maintain a child as: (1) It shall be the duty of a parent, guardian or any person having custody of a child to maintain that child and, in particular, that duty gives a child the right to (a) education and guidance; (b) immunization; (c) adequate diet; (d) clothing; (e) shelter; and (f) medical attention. (2) Any person having custody of a child shall protect the child from discrimination, violence, abuse and neglect.

Section 6 provides for Parental responsibility as (1) Every parent or guardian shall have parental responsibility for his or her child. This is quite vague in the circumstances described in this article. The result of this is laxity in practice where authorities like police and business owners or bar management cannot stop parents from entering with their children even during late evening hours. The practice has further been strengthened by a society whose opinion seems attach a sense of respect to such parents and without any social mechanism to deter such morally detrimental practices in the name of fashionable lifestyles (the cool parents).

With such a climate of social opinion about the practice, the child is no longer a gift that deserves to be cherished not just in a morally developmental but also intellectually developmental way. As a closing thought, I believe we can reverse this first through the law or policy on the same. Bar management needs to stop parents from entering with children. This might require a clear policy from the side of government for guidance.

Only this way shall we have a morally upright generation that can take one the much cherished social and economic development that we aim for in vision 2040 and the African dream of vision 2063.