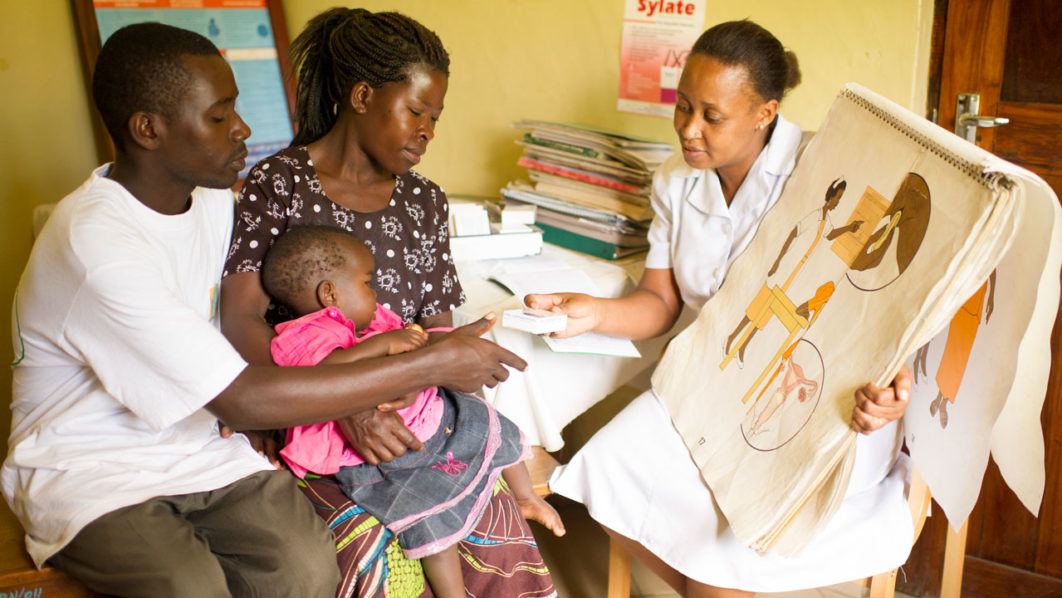 A couple attends to a Nurse for Family planning advice. PHOTO: doktorsea.com

Family planning (FP) programmes have primarily centered on women over time. However, with a focus on gender equity for optimal health, there is a shift to engage men in supporting and using FP services.

Men, as the decision-makers in most African families, have an important role to play towards the utilization of FP methods, which is an efficacious intervention recommended and approved by the World Health Organization (WHO) as well as the Ministry of Health (MoH) in most countries.

Family planning refers to a conscious effort by a couple to limit or space the number of children they want to have through the use of contraceptive methods. Benefits of family planning include reduced maternal and infant mortality, sustainable development through population control, and enhanced women’s participation in the workforce

As a Midwife, below I share with you my experience in male involvement in family planning:

I provided post-abortion care including the provision of a family planning method to a mother who had had four miscarriages in one year consecutively. I explained to the mother the need to delay the next pregnancy for at least six months so as to allow time for her uterus aka womb and her body to heal properly and prepare for the next pregnancy so as to minimize the risk of complications.

The mother acknowledged to have understood and was willing to adhere to the recommended six months. However, when asked to suggest how that would be possible, she said she would try to abstain because her husband was always away. She further said she could not use any modern contraceptive method because her husband would never allow her to do so.

I then asked her if her husband could be around or near the hospital at that time and she told me her husband was around. She then called the husband, who I explained to the condition of his spouse and all investigations made, management provided and plan for discharge, I then explained to him the relevance of delaying the next pregnancy for at least six months as I had explained to the spouse.

He too was willing to delay the next pregnancy for at least six months but he verbalized he was not sure of how it could be possible because he had ever tried to use condoms, but it did not work out for both him and his wife, hence the wife neither preferred to use condoms. He then requested me to advise them on other available options.

The male partner said he had then understood how the modern contraceptives work and he would suggest his wife chooses at least a method because he could not manage to abstain. The male rolled the ball back to the female spouse to choose a method, who then chose an IUD aka coil. This was then inserted and the couple happily went home when they were convinced with the care they received.

From experience, most times, the males are hesitant about the use of modern contraceptives because they are not empowered with the appropriate information that could help them in decision making and yet they are very difficult to find because most times they do not go to the hospital.

Health workers especially Midwives should maximize any encounter with a male partner to engage the males in the decisions towards the use of family planning methods, firstly by providing appropriate information/knowledge sufficient for informed decision-making regarding the use of modern contraceptives.