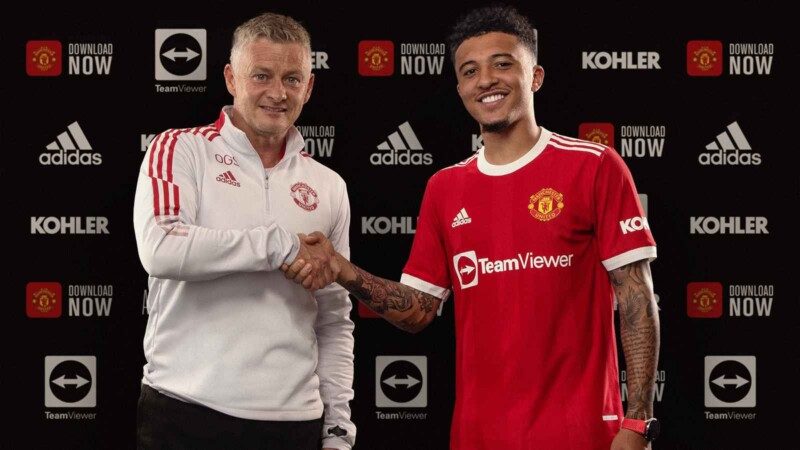 AGENCIES: Manchester United have completed the signing of English Forward Jadon Sancho, subject to international clearance, keeping him at the club until June 2026, with an option of a further year.

Sancho is expected to bring style and swagger to Manchester United’s attack after completing a staggering £73 million ($100 million) move which is expected to ignite his club’s Premier League title charge this season.

The 21-year-old scored 50 goals and registered 64 assists in four seasons with Borussia Dortmund and was part of the squad that reached the final of Euro 2020.

After his announcement as a new United player, Jadon Sancho said: “I’ll always be grateful to Dortmund for giving me the opportunity to play first-team football, although I always knew that I would return to England one day. The chance to join Manchester United is a dream come true and I just cannot wait to perform in the Premier League.

He added, “This is a young and exciting squad and I know, together, we can develop into something special to bring the success that the fans deserve. I am looking forward to working with the Manager and his coaching team to further develop my game.”

Sancho’s switch from Borussia Dortmund on Friday makes him the second most expensive English player of all time behind United defender Harry Maguire.

United manager Ole Gunnar Solskjaer had been desperate to sign Sancho for 18 months and the dynamic 21-year-old should provide an extra cutting edge as his team looks to dethrone champions Manchester City.

United finished second, 12 points behind City, then lost the Europa League final on penalties after struggling to break down a stubborn Villarreal defence.

It was United’s sporadic problems upfront that proved fatal to former United striker Solskjaer’s hopes of winning the first trophy of his managerial reign at Old Trafford and the Norwegian believes Sancho can make the difference.

Since the start of the 2018/19 season, Sancho has a combined goals and assists record of 78, which puts him into the top 10 across Europe’s leading divisions.

Only Barcelona’s Lionel Messi (43) has created more goals than Sancho (41) in that period.